Message reputation : 100% (1 vote)
I'm missing mock trial already, so I'm back with an updated unofficial TPR. I used the same template as my previous post and simply added the NCT win total to calculate TPR the same way AMTA typically does for the most recent and third-most recent year. Please find the link to the unofficial TPR below, and find some thoughts/analysis under it if you are interested.

Firstly, if AMTA is considering not updating the TPR (which I don't think is the case, but it wasn't updated last year so who knows), I think they should reconsider. Many teams who would not be considered "top teams" for ORCS and open bid tiebreaker purposes prior to this year would now be top teams based on ORCS and NCT results, and many who would based on 2019 TPR no longer would be. 50% of the top 20 is new teams, with 16 of the affected teams moving by 23 spots or more:

There is a lot of turnover and updating the TPR will allow everyone to be more informed. In that same vein, I believe that there should be some calculation used from 2020 results added to the TPR total. I didn't do any sort of calculation like that for this TPR because I wanted to most accurately reflect what I believe the TPR will look like next year as I mentioned in my last TPR post, but I've realized that these results are far too reliant on the 2021 NCT results, especially in the top 30ish.

One way I've considered that could work is using the 2020 regionals results with a X0.75 multiplier (half of the typical X1.5 multiplier for the second-most-recent year's ORCS). If they were added to the TPR total, the TPR could be a more holistic representation of team performance rather than just relying heavily on one tournament. The only regional results I would recommend using would be for teams already on the TPR as it is currently created, just so that there isn't a 700-team-long TPR. I understand that there are some concerns related to round 4 pairing at regionals affecting win totals and thus TPR, but ORCS had the same pairing system as regionals for a long time and was used in TPR so I'm not too concerned.

Please note any errors in this unofficial TPR and I will update it accordingly!

If we use 2018 for another year, then next years Orcs could be partially based off things that happened 4 seasons years ago. That doesn’t make much sense to me. 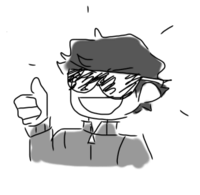 @Doobs You mentioned in your original post that perhaps using the 2020 regionals would be a more holistic approach. How much would it change the current results in TPR? Is it a drastic shift, or more subtle?

For 2020, we have data through ORCS on all but 72 teams out of the 600+ in the AMTA world (and out of the 285 in the draft TPR the original poster circulated). I think the best approach would be to use actual ORCS data for 2020 where we have it. For teams whose ORCS were canceled, we should find an agreed-upon proxy. My inclination would be to average the ORCS records from 2019 and the adjusted records from 2021 for those teams. It’s not perfect, but an average of the surrounding two years is a decent proxy for how they would have performed in 2020.