Let's talk about State v. Ryder... Comments? Concerns? Is this a good case and should AMTA write more complicated cases like this? What are some wild themes you've heard? Best case theories? Demos?

Message reputation : 100% (1 vote)
This is a case that's grown on me alot over the last couple of months. I think in terms of quality, I'd put it on a similar level to Kosack last year. While Kosack had better characters and experts, I think the sheer variety in case theories this year makes me like this one just a bit more.

I've always been a fan of two charges in AMTA cases, and the trade off between a Murder Prosecution team getting a great expert in Quincy, versus a Manslaughter team having a better overall case theory with the easier charge is an interesting conundrum. Even though Murder is more common right now, the fact that Defense teams have to be kept on their toes with the two charges has done alot for balance in my opinion. Which seems to be evenly 50/50 right now.

And again, the variety in case theory is the biggest strength this year. Rather than last year which had every Plaintiff team focus on Training, and every Defense team harp on the reach. I've seen unique approaches on both sides, which really helps to keep every trial different, something in particular Kosack struggled with.

So overall, this case has been a success in my book. I think I still prefer Hendricks from two years ago a bit more, but case changes can certainly change things.

Message reputation : 100% (2 votes)
The witnesses (at least in their affidavits) are incredibly realistic. Anyone with experience in criminal law would tend to agree that these witnesses have believable traits. I think that Corbin Dallas is the best example of this. While not being utilized by all teams, it's an incredibly *real* character as written. There is a large variance in how the case can be approached, even within one charge. For example, think of theories possible solely within aggravated murder: you can do a spur of the moment push out of anger, a premeditated push for profit; hell, there was even a team that said that Jordan killed Parker because she wasn't the perfect kid (they basically tried to paint Jordan as dance mom, that her OI made Jordan angry... it didn't really work). I think the Involuntary Manslaughter charge could be reworked, there needs to be more clarity on the charge and more incentive for Pros teams to call it.
To compare with State v. Hendricks, I think the main difference in the case itself is the relationships between witnesses/involved parties. Looking at witnesses in State v. Ryder, most of them don't have prior relationships with Jordan or Parker (Doos, Lee, Rodriguez, Mouchard, Chesney, Lopez, Quincy). The only witnesses with prior relationships with Jordan and Parker are Dallas, the defendant themselves, and Washington. State v. Hendricks was a different story: most of the witnesses had known Dylan or Kerry (Mitchell, Jones, Bailey, Charley, Kerry, Dylan). Hendricks only had a few non-expert witnesses that hadn't interacted a lot with anyone involved, most specifically Morrison (who still was somewhat familiar with Kerry). This difference does change what a trial can feel like, personally I think Ryder should have 1-2 more witnesses who knew Jordan before the camping trip.
I think the case is complex and allows for variance in how rounds are played out; however, if the IVM charge is played as written the defense is able to prepare for these differences. Even with this complexity, it's realistic.
Overall, I think the crim committee did a really good job writing the case. Excited to see how case changes shake things up 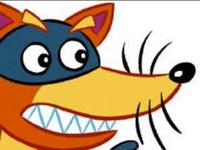 So while I agree that the case is realistic, and I highly enjoy the complexity, it's not been a very fun case to compete with. And I think that's due to the nature of the defense case theories written into the case. It seems like every defense is just a Chesney cross, 2 unrelated character clown shows, and a Ryder direct that contains every single part of the defenses "theory". Some teams circumvent this formula but it's still definitely more difficult to find a cohesive story to tell than in past cases. None of the alt suspect theories have anything interesting going for them either. Sure, Corbin Dallas, Kelly Doos, Cameron Lee or even Sam Fischer could have had the opportunity to kill Parker. But why would they? There's nothing in the case that can answer that question. A story about a hiker randomly deciding to push a 12-year-old girl off a cliff just isn't fun to write or to listen to.

There are other theories, like a rushed investigation, or campground negligence. But I think one of the reasons there's such a variety of case theories is that there are no good ones written into the case. It seems like everyone just comes up with a creative Chesney cross, Rodriguez direct, or Ryder invention and makes that their entire theory/ theme without being able to extend any of it into the rest of the round.

And that's what teams some teams do every year, but it's no fun when that's all *anyone* can do. Telling a story throughout every statement, direct, and cross, I at least think, is the most fun part of mock trial. And so far, State v. Ryder just doesn't allow teams to do a lot of storytelling on the defense. Obviously, the prosecution is an entirely different story- and I've had a lot of fun with being able to choose which charge we'd like to pursue.

EgregiousInvention wrote:It seems like every defense is just a Chesney cross, 2 unrelated character clown shows, and a Ryder direct that contains every single part of the defenses "theory".

I completely disagree with this. Obviously some teams do this, but some of the more talented teams actually make use of all 6 witnesses. I've seen some very good themes for defense teams where P doesn't call Chesney and the D witnesses are all substantive. For example, I saw one team do Ryder, Mouchard and Lee (obviously manslaughter). The story was that Parker was obsessed with her phone but after she saw the fox, it fell out of her pocket and she didn't realize until coming back from the trail. Ryder told that story, Mouchard focussed on Parker being constantly on her phone at the cafe and Lee said that the bridge was a single person bridge and so they had to go separate, but they saw Parker (to the extent that Lee can say that). So that told a pretty cohesive story with each character adding to it.