Message reputation : 100% (1 vote)
Thoughts on University of Toronto, McGill, and the UK law school competing in the American Mock Trial Association? Anyone have any details on any invitational results? Very curious to see how they do at regionals this year 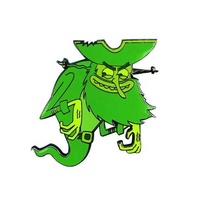 Message reputation : 100% (1 vote)
I think its awesome to see AMTA expanding in this way.  Really excited to see what these schools do in competition.

I have been wondering though, how is De Montfort University Law School (a UK law school) permitted to compete under the current rule book?


Rule 3.6 Student eligibility requirements.
(1) GENERAL RULE. A student is eligible to compete at sanctioned tournaments if and only if
s/he:
(b) has not taken and is not enrolled in classes at a law school (other than those for which
only undergraduate credit is received)

I'm not really familiar with how the UK university system is setup, so maybe something about it makes these students undergraduate equivalents?  Either way I hope they get to compete, I don't think a UK law school education gives them any unfair advantage given how different the UK legal system is, and having them compete would be an awesome educational and cultural experience for those in Orlando.

In the UK you can study law as an undergrad. Here is that school's website: https://www.dmu.ac.uk/about-dmu/schools-and-departments/leicester-de-montfort-law-school/leicester-de-montfort-law-school.aspx
Notice that they have an undergrad program as well as graduate programs. So presumably AMTA is saying that their law classes count as "classes for which only undergraduate credit is received" just like law classes that pre-law majors take in the US.

Message reputation : 0% (1 vote)
I’m all for AMTA taking anybody’s money but the NCAA doesn’t allow for Canadian or Mexican universities to compete in American collegiate athletics not sure why the same shouldn’t apply for American Mock Trial. Thought it was particularly strange that AMTA was allowing University of Toronto to promote their invitational that ran a case that they had created that was all of 15 pages and only two attorneys and two witnesses. All for inclusivity but not really sure what the point of other countries universities trying a simulated American legal system trial. A passport only invitational would be cool and all just kind of seems to defeat the purpose of the activity. Do we need to change the name of the organization now? 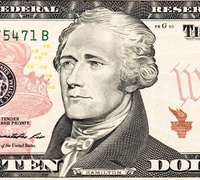 Message reputation : 100% (1 vote)
Mock trial isn't just a legal activity, it's a speech and debate activity. There's plenty foreign students can learn about public speaking and critical thinking from the activity. China actually has a mock trial tournament for high schoolers now..... goes without saying they have a very different legal system.

Message reputation : 0% (2 votes)
My issue is not them participating in some capacity it’s them specifically competing during the “AMTA Competitive Season”. They can go to all the invitationals they want. To my knowledge there isn’t an international governing body for mock trial like there is in debate. Even then, universities outside of the US are not allowed to compete in the American Parliamentary Debate Association. My team doesn’t compete in the buffalo, chestnut hill, or Orlando regionals but I would be livid if my team didn’t qualify for ORCS because a non US university had a higher CS. Either AMTA needs to assume the role of being the international mock trial organization or there needs to be an open borders policy where American teams can compete in Canada and the UK’s competitive mock trial season where the only requirements for entry are paying a fee and where placement must be guaranteed.

DevilsAdvocate wrote:My issue is not them participating in some capacity it’s them specifically competing during the “AMTA Competitive Season”. They can go to all the invitationals they want. To my knowledge there isn’t an international governing body for mock trial like there is in debate. Even then, universities outside of the US are not allowed to compete in the American Parliamentary Debate Association. My team doesn’t compete in the buffalo, chestnut hill, or Orlando regionals but I would be livid if my team didn’t qualify for ORCS because a non US university had a higher CS. Either AMTA needs to assume the role of being the international mock trial organization or there needs to be an open borders policy where American teams can compete in Canada and the UK’s competitive mock trial season where the only requirements for entry are paying a fee and where placement must be guaranteed.

Maybe if your team is getting beat out for an ORCS spot by a foreign program you should be better than they are. Someone in a UK undergraduate law program is not having some advantage over US undergraduates. Our legal systems diverged in 1790. If anything, foreign programs are probably at a substantial disadvantage - even those coming from countries with a common law based legal system will not have any experience with American trial procedures, rules of evidence, etc. It's not at all comparable to letting US law students compete.

I don't know any reason an American team can't go to the UK and compete in British style mock trial.... but unless you want to learn the British rules of evidence and procedure, why would you want to? I've never heard of an American collegiate mock trial program trying to compete overseas and not being allowed to.

Message reputation : 0% (1 vote)
Regardless of whether those teams would be at an advantage or disadvantage isn’t relevant. Do we allow Canadian or British universities to compete in NCAA football... no we don’t. We don’t in debate or any other speaking competition so why should mock trial be any different. AMTA should be focused on growing the activity domestically. Don’t buy the disadvantaged argument.

I’ve never heard of an American collegiate mock trial program competing overseas at all. Would love for you to put me in contact with a university that has so I can look into sending my team. Based on my cursory research there are invitationals that happen for both Canadian and British undergraduate students. There is not a national governing body or tournament where more than 10 schools compete to be deemed the best mock trial program in the country. No national championship. I reiterate that Canadian teams should be able to participate in invitationals but there is a reason it is called AMTA and that our final tournament is called the NATIONAL not International Championship tournament

I mean it seems to me then your argument is a purely semantic one. It's like asking why the "National" Football League plays games in London and Mexico city, or the "National" Hockey League has franchises in Canada. The answer is: who cares?

AMTA is already massive domestically; I don't think the inclusion of international teams threatens that growth at all. There are 32 regional competitions scheduled in every area of the country. Based on team registration numbers, there are already over 750 teams across hundreds of colleges. This is a massive expansion from 30 years ago when Mock Trial was a regional activity mostly confined to the Midwest.

As long as the competition is fair and the students are learning something it doesn't matter. As the Ghost of Perjuries said, it will be interesting to see how the international programs do at regionals. I'm excited to have them here.

Message reputation : 0% (3 votes)
We’ll agree to disagree here. The NBA, the NFL, the MLB, and the NHL all don’t have American in front of their organizations name. Letting in foreign nations is a slippery slope. It’s 3 schools this year. If it takes off in Canada where there are 96 universities, it will create serious logistical issues for an organization that is struggling to cope with growth and finding hosts. But alas, the flood gates are open. 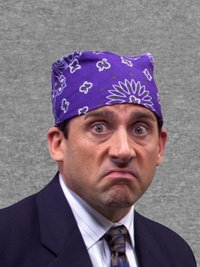 @DevilsAdvocate
Would just like to chime in here with the fact that the reigning champions of the *National* Basketball Association is a *Canadian* team.
“American” and “National” are two words you’d be hard pressed to argue are not synonymous, when the “nation” in question is the U.S..
Some competitions allow foreign teams (MLS, NBA, NHL MLB) , others don’t (NFL, NCAA). What matters is, “Why?”
Purity for purity’s sake doesn’t seem like a compelling argument here. I think the logistical problem is premature. Maybe if there were a particularly high number of universities worldwide interested in participating, we’d have to then look at the issue more holistically, possibly considering that international teams create their own organizational bodies to compete under. But for now, especially at such a low level of engagement, I think it’s cool and adds to the diversity of the activity.

Semantics and nomenclature aside there just isn’t precedent within American collegiate competitions whether that be athletic or otherwise to allow foreign universities to compete at the “knockout stage” of any activity. It’s great that AMTA wants to be inclusive and provide non American university students an opportunity to simulate the American legal system. I just don’t think it should be allowed during AMTA’s competitive season. Unfortunately, there really isn’t an option to holistically re-evaluate foreign university participation after we have given it the all clear. It’s essentially been established that if they register timely they will be placed no matter what. Just don’t want resources to be squeezed in the future because we want to help some Canucks learn about the US legal system when there isn’t an equal option for American university studies to participate in.

Message reputation : 100% (1 vote)
So I get that you don't think it should be allowed, but I don't really see a compelling reason why. As for competitive collegiate activities with national governing bodies, I'm sure there are tons of examples of activities that don't have foreign programs competing for qualification. I don't even think AMTA has had it before. But do they all forbid it? I'm sure some do. But I'm betting even more activities simply haven't run into this issue before. It seems to me that lack of access could be just as likely a reason int'l schools don't more often compete in American collegiate level activities, excluding when we know it's forbidden, like with sports. (i.e., do foreign school know about, and have the willingness and means, to participate). This seems to be the case with AMTA, that it is only now, 35 years later, with over 700 teams competing each year, beginning to seem worth it enough for foreign teams to find value in competing and traveling.
Idk, it just doesn't seem like, "because other orgs don't have foreign teams," is a good enough reason. I also don't think the logistics are that big of an issue given the amount of growth AMTA has already been able to accommodate, arguably incredibly well. Deflecting this as an issue that "will become a problem later" assumes that AMTA is a static organization, that doesn't take action when necessary. I think if Yale taught us anything, it's that this very notion is an incorrect assumption. Why project a future problem when A) we don't even know if there will ever be enough teams to create that problem in the first place, and B) if it needs to be handled, the board can... change their rules...? They have two meetings a year that let them do that.
I don't think it's that deep. I say let them compete.