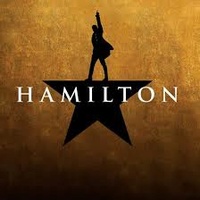 Message reputation : 100% (3 votes)
Loved seeing the analysis of the Midwest mockers who'll be really dangerous next year, thought it might be beneficial to start discussing each region separately since a lot of people can't really travel to other parts of the country for mock and might want to see the names relevant to them in one place. If you know any first or second year mockers who are killing the game in the Southeastern tournaments, throw them on here.

The names that come to mind for me:
Madeleine Bodiford (Florida State) - someone correct me if I spelled her name wrong but this woman is not only stunning but an absolute force of nature in the courtroom, and it seems like she's awarded at every tournament she's been at this season!
Bee Brawley (South Carolina) - I seriously can't believe she's a freshman when I watch her compete? I legitimately believed she was an experienced leader in South Carolina's program the first time I encountered her, and the thought of dealing with her for the next three years is actually terrifying.
Hannah Perala (South Carolina) - ALL AMERICAN WITNESS and only a sophomore? 'nuff said. Can't wait to watch her continue to sweep the circuit.
Gable Willis (UT Chattanooga) - a double threat, awarding at competitive tournaments as both a witness and an attorney during his first season with UTC-- including a witness award at Cincinnati ORCS. Poised to become the powerhouse of the team.
Sara Delacey (Emory) - look at the list of awards we're working with here! Top-ranking attorney at Chapel Hill regionals, led Emory B to a bid to Greenville over their A team, I could go on but I hardly think I have to.
Ja'Marquis Perkins (Alabama) - during a bit of a slow season for Alabama, he's still managed to pull out a couple of awards and face down some tough opponents as a wonderfully charming and sympathetic defendant.
Morgan Biagioni (Georgia Tech) - another double threat who gets more dangerous every year.
Michelle Stanek (Georgia Tech) - first-year witness who made quite a splash in the fall season! Can't wait to watch her grow.
Sophie Tisinger (Georgia) - another first-year witness, this time in Georgia, who's collected awards at Ramblin' Wreck and Tallahassee Regionals! Impressive showing for her first spring season, and undoubtedly only going to get better.

This is all I can think of right now, but I will probably come back and add to it. Hopefully, this serves as a good springboard for discussion about the powerhouses of Southeast Mock.

Message reputation : 67% (3 votes)
Hopefully we can get a thread like this going for all the AMTA regions! I think it's nice to give some attention to the future stars of the circuit.

Our program hasn't hit many Southeastern teams, but we have hit South Carolina before. South Carolina really hit the jackpot with their underclassmen. Bee Brawley and Hannah Perala will be names to remember over the next few years.

Message reputation : 50% (2 votes)
Thank you so much for the kind words! Not to plug our newbies, but Emily Hinton and Audrey Moore are definitely two to watch out for next year. As freshman, they've already accomplished captaining a spring team and winning a witness award at 4 tournaments, respectively. I'm so proud of them and excited to see them grow into next year.

Honestly, all of Georgia Tech's underclassmen are rising threats for the next few years of mock trial. The program is clearly in good hands with Will Warihay, and their strong performance at Regionals shows that, even though Sarah Stebbins was a phenomenal competitor, the program was never centered around or dependent upon her existence on the roster.